Did an Irvine Rabbi compromise a Huntington Beach Congressman’s safety on Memorial Day?

Posted on June 1, 2017 by christianepting 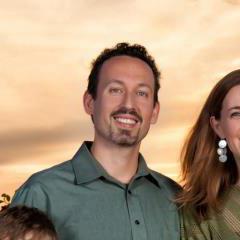 Prior to the Huntington Beach Memorial Day services at Pier Plaza, a Rabbi named David N. Young from the Congregation B’nai Tzedek in Irvine, posted this in the Facebook group Indivisible OC 48, which was created in part to help remove local congressman Dana Rohrabacher from office.

Indivisible OC 48, has been responsible for a series of controversial events including a protest at the congressman’s office which sent an elderly staffer to the hospital. They also stormed the front lawn of his house: Other comments on the site have encouraged other acts against the congressman. The infamous community organizer Monica Curca, who constantly derides Huntington Beach as being a hotbed of white supremacy, suggested this, and agreed that a light projection message on his house would be a good idea:

Curca also suggested confronting the congressman at a local restaurant:

So the question becomes, was it a smart/safe idea to post details of the congressman’s schedule on what some consider to be a hate site, and where a radical element clearly has a strong voice? Also, did the Rabbi really think the Memorial Day ceremony was the appropriate place to come ask policy questions?

Afterwards, the Rabbi posted this on Indivisible 48:

I’m not sure why a man of the cloth would appear so judgmental toward the city that invited him to speak, nor why he would feel the need to post his feeling on Facebook. But he didn’t stop there. Within another Indivisible 48 conversation, he said this:

Did Rohrabacher speak to the Rabbi and convey this? What was his point in sharing this information, along with “Keep fighting the good fight!” Why is a religious representative taking such an active political role at a Memorial Day celebration? Especially on such a hate-filled site that took his words apparently as a green light to bach the congressman.

What sort of religious figure does this, especially after being invited to deliver an invocation? I’ve reached out to the Rabbi for comment, but have yet to receive a response.

But I did find this comment on his blog:

“Those of you who know me well know that I am a liberal. I am way to the left of just about every issue except Israel, about which I am just left of center. I also represent a 501c(3) organization, and as such I have stayed away from public political commentary. I am not perfect and probably slipped from time to time, but I avoided posting my presidential opinions on Facebook and other social media. Often these two values are in conflict—my liberal desires to shout from the rooftops when someone does something I find politically offensive verses my professional desires to keep my job and keep my congregation intact—but today they are working together, and I would like to express some of my views on some of what I have seen and heard regarding our new president.”

If he represents a 501c(3), why is he so active politically on Facebook- especially on a page as controversial as Indivisible OC 48?