As a controversial Malibu-based lawyer prepares to sue Huntington Beach over districting, a local-left wing activist, Victor Valladares (pictured above, center with Oak View Comunidad co-founder Oscar Rodriguez and OVSD trustee president Gina Tarvin) has come under a ton of social media fire for originally reaching out to the lawyer, seemingly, based on his own words, to interest him in Huntington Beach as a target.

The lawyer, Keith Shenkman, has created all but a cottage industry out of suing cities, alleging, primarily, that city council election systems disenfranchise local Latino voters.

Valladares first posted this on the Oak View Comunidad Facebook page in April. Note the terms “our letter” and “we can file a lawsuit,” which would appear to indicate his group’s involvement. Since then, the Oak View Comunidad Facebook page has continued to update the threat, counting down the days: 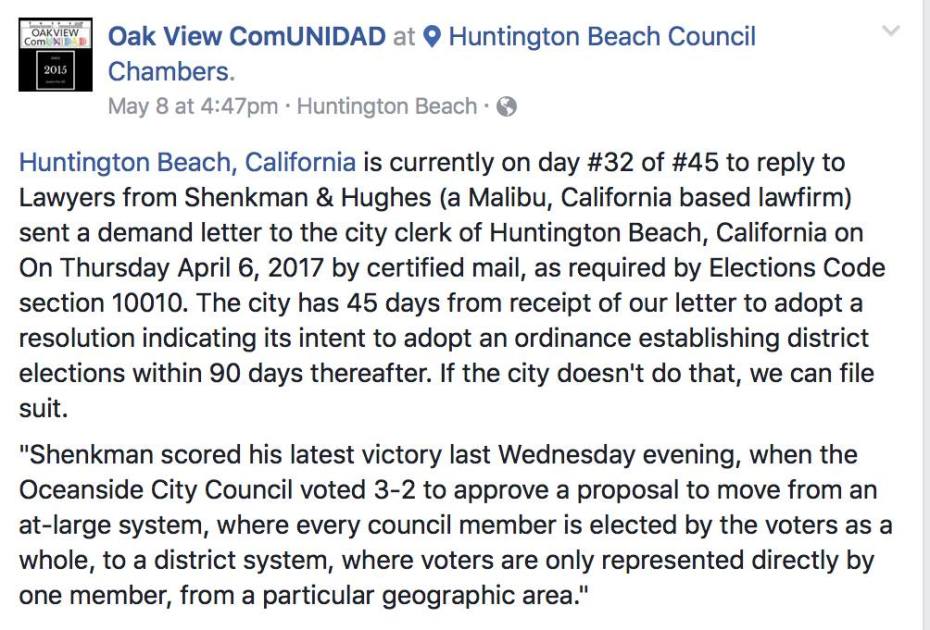 Many citizens began expressing online outrage over Valladares’ engagement with Shenkman, and soon after, some of Valladares’ supporters began posting a series excuses and explanations. Then, Valladares posted a video which seemed to confirm all basic suspicions – that he approached Shenkman for the potential case against the city.

Here are two clips from the video:

On Tuesday, May 30, city attorney Michael Gates posted an article about the story and as Valladares received a blistering array of criticisms from dozens of citizens 9including many supporters), another Oak View Comunidad member, Katheryn Clark, attempted to fend off accusations – and also reacted by insulting some of the residents calling out Valladares. 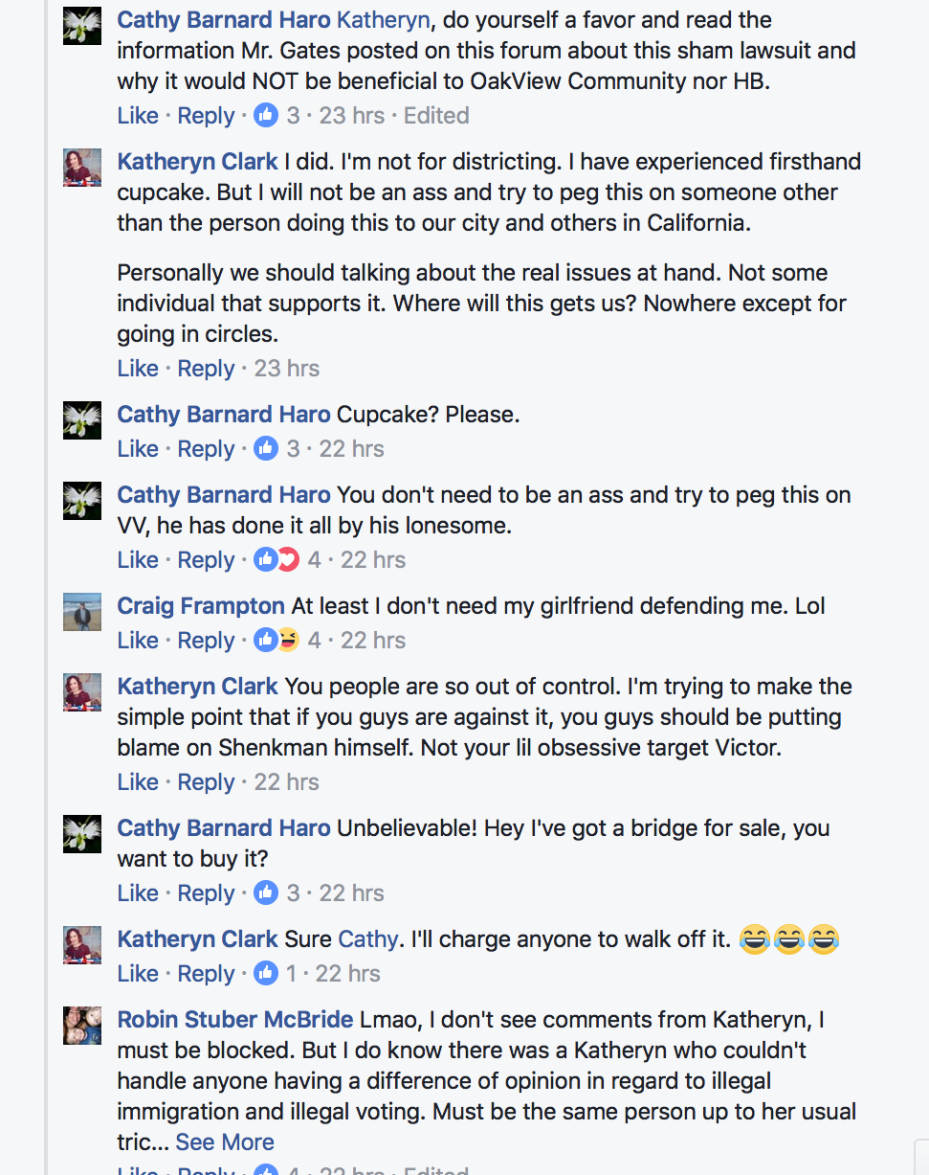 Clark seems to be a newly-vocal member of the Oak View Comunidad group along with another controversial organizer, Monica Curca, who has, numerous times, declared Huntington Beach a hot bed of white supremacy and racism: 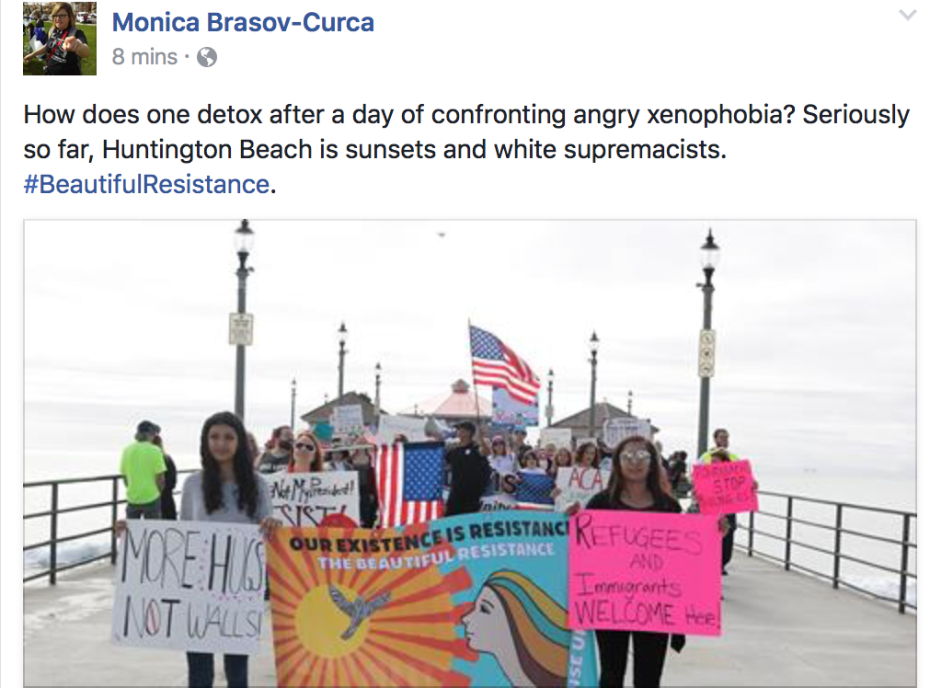 Here is Clark, second from left, pictured in a public Facebook post with Curca and Valladares (person at far right unidentified). 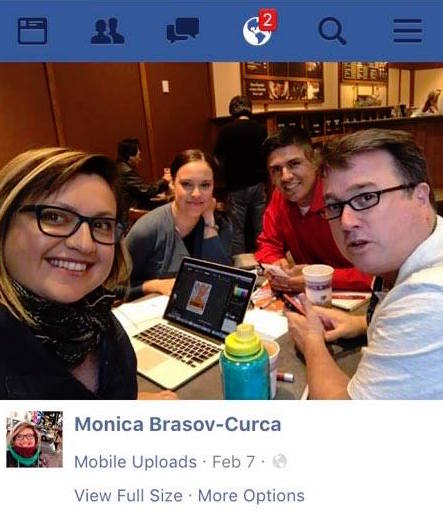 Clark’s full-throated support and defense of Valladares spreads across several Facebook forums, and while she initially claimed that Valladares and Shenkman merely attended a conference together and that Valladares didn’t really approach the lawyer with any substantive engagement, the Valladares video appears to counter those suggestions. Here she states, “Victor did not meet with him personally as in reaching out to him but did met him at an event they both attended.”

Compare that with Valladares’ own words in the video: “I contacted Mr. Shenkman and I informed him about the small minority population here in Huntington Beach… I did take a picture with him…and he sent the letter…” Her version seems to contradict this.

More denials came from left wing blogger and Valladares sympathizer Vern Nelson, whose words, in light of the evidence, seem even more preposterously ill-informed than usual:

They “stayed out of it”? Hardly.

More as it develops.