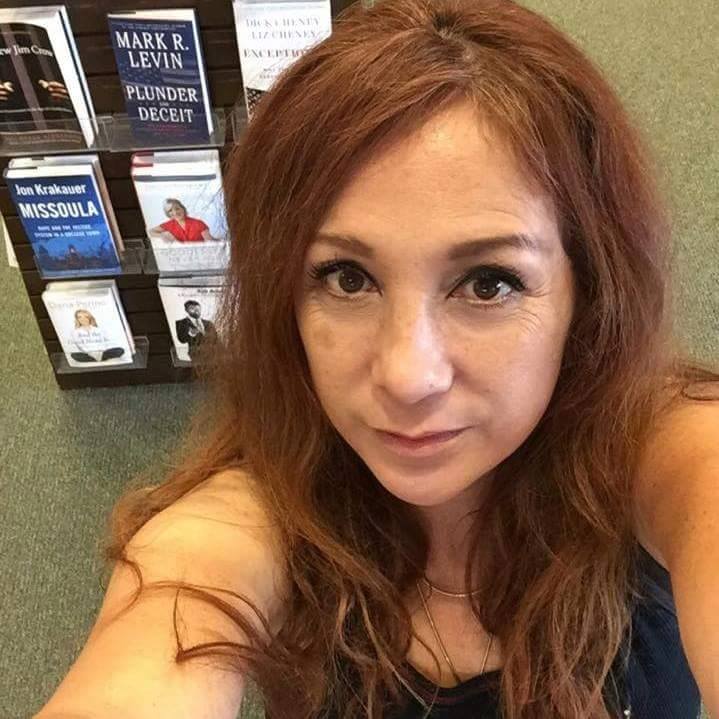 For the last year, a staunch supporter of embattled OVSD Trustee President Gina Clayton Tarvin named Naomi Anderson (pictured above) has posted wild, vicious and untrue accusations across social media about many local Huntington Beach residents (myself included). As well, she has appeared at several OVSD board meetings to speak during public comments, delivering rambling, hostile diatribes against many of the same people, all in the name of the controversial Tarvin, whom she regularly heaps what many consider to be bizarre amounts of praise, focusing on her “beauty” and “intelligence.” For her part, Tarvin seems appreciative of her friend’s support (despite her poor grammar):

But recently, Anderson may have gone too far, allegedly suggesting in a Facebook post that current OVSD Trustee Norm Westwell had a restraining order placed against him – by one of his own children. 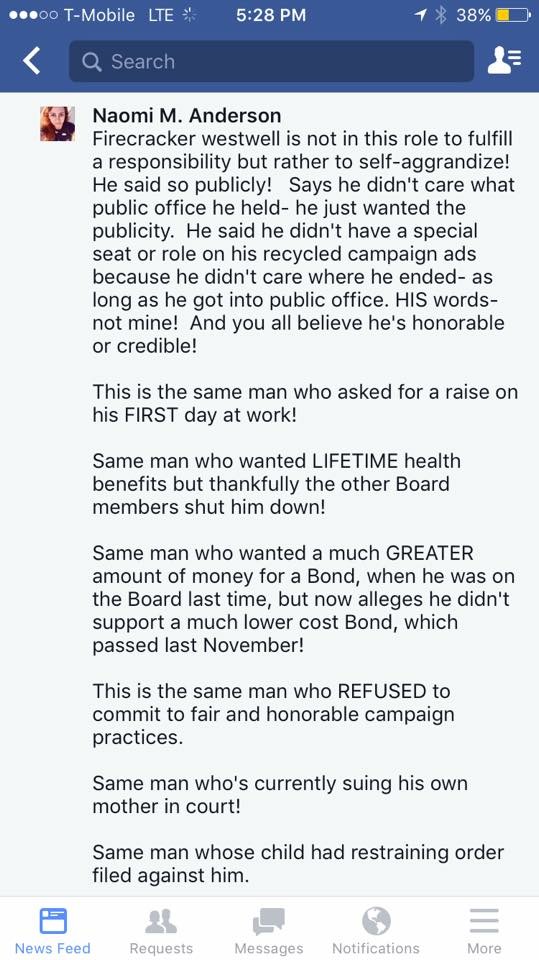 In a dramatic confrontation at the May 23 board meeting, Westwell’s wife and two children confronted Anderson (who did not deny making the accusation). Anderson clearly seems to lie about what she shared on line and when asked why she did it, incredibly, says “Because I wanted to. I felt like it!”

The entire exchange was captured on video:

Later in the same meeting, Anderson took to public comments to deliver one of her typically angry, insulting rants – including what seems like an entirely inaccurate recounting of what had happened in the hour before with Westwell’s family – not even mentioning what she had shared.

Again, Anderson regularly attacks residents on behalf of Trustee President Tarvin, delivering blistering untruths that do seem, to many, to cross the legal lines of slander and libel. With this latest attack on Trustee Westwell’s family, and the confrontation that ensued, it will be interesting to see if she continues down this same path. Many people in Huntington Beach are fed up with her destructive antics and perhaps this confrontation will teach her a much-needed lesson about responsible behavior (though she certainly didn’t exhibit much of it later in the meeting, interrupting me several times during my public comments to a point where Tarvin had to order her to be silent).

In a follow-up piece, I will share attacks she has made on other citizens. As well, I am working on a piece entitled “The Dirty Dozen,” which profiles 12 of the most vocal Tarvin supporters.