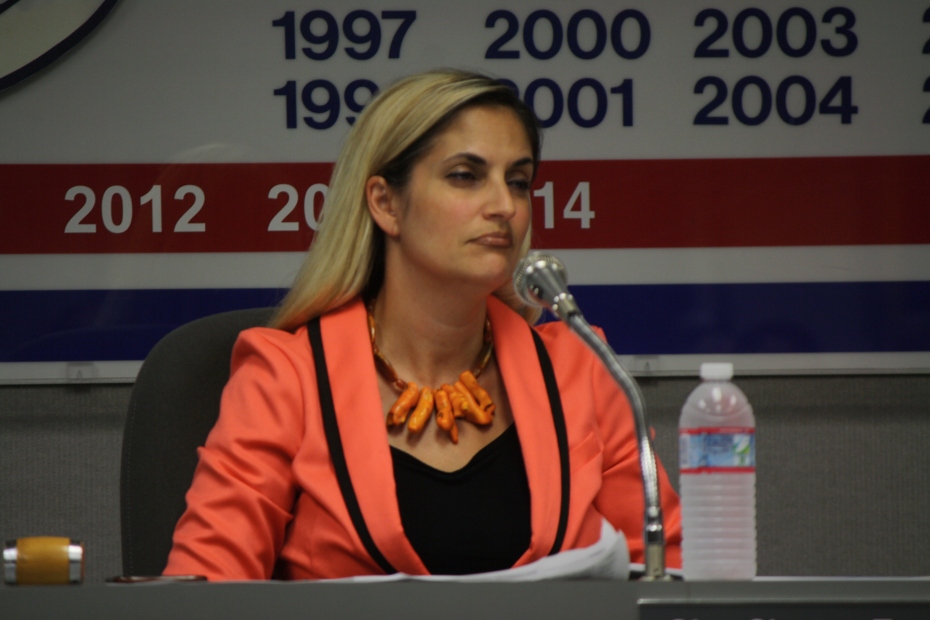 Ocean View School District Trustee President, Gina Clayton Tarvin, has once again taken to Facebook to attack private citizens and misrepresent what can only be described as her vindictive, dishonest and obsessively destructive behavior.

These were her publicly posted comments this past weekend in response to a discussion on the Huntington Beach Community Forum criticizing her for her politically driven behavior within the district and community. 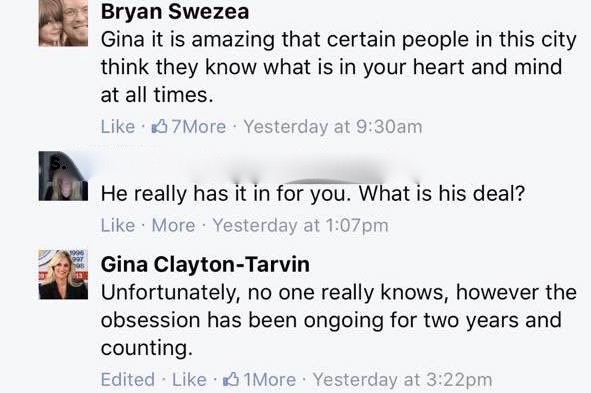 Actually, ANYONE even half-paying attention knows what has driven myself and others to expose the lies, manipulation and intimidation by this elected official whom a growing number of residents are now seeing as corrupt and quite dangerous.

As I have documented, it started when she accused me of attacking she AND HER CHILD after I interviewed her in May of 2105. To expose her lies, I posted the audio of the discussion and a transcript.

Then there was the time she dug up personal information to try and destroy the reputation of a local citizen.

Then there was this, perhaps her most heinous efforts to date to try and suppress free speech.

An open investigation (two of them actually) remain against her.

And it goes on. She has even claimed to be in touch with local gang members, while making up more lies about me.

And let us not forget this bizarre rant she made against me at a public meeting–actually assuming me of ATTACKING HER CHILD. Of course- there is never any evidence- just her words.

And now, evidently, criticism of her behavior is being equated with that of Nazi tactics:

Despite her (false) claims here, I’ve never accused her of costing me my column. Did she contact my editor numerous times to complain about my criticism of her? According to my editor, yes. Do I find that outrageously inappropriate? I do. But she won’t address those facts. How she attempts to intimidate and influence. Instead, she will create a false narrative to make herself look like a victim. 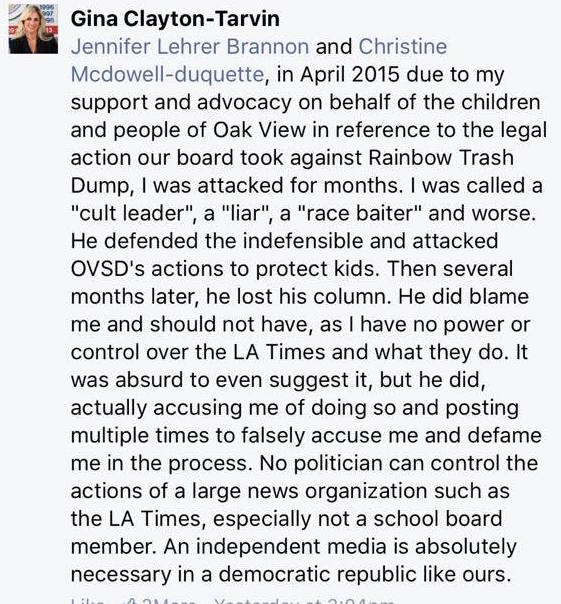 Rather than believe a single syllable she says, I will take to hear the message I received from a high-ranking district official in response to my initial column on Tarvin:

“Big Cheers for you! Finally her lies and manipulations are being exposed. She is evil and this has to stop!”

Much more to come.