Posted on April 3, 2019 by christianepting 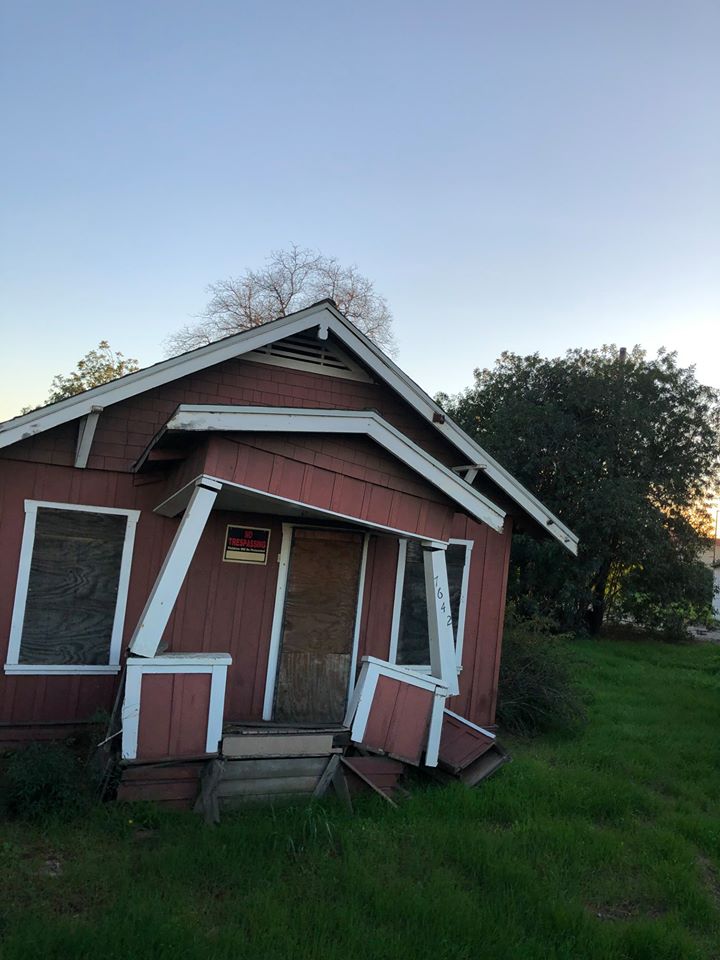 In the last several days, all mentions of the controversial “Historic Wintersburg Task Force” have been removed from the official Huntington Beach city web page. As task force Chair Mary Urashima notes on the official Wintersburg Wikipedia page, “In July 2012, the Huntington Beach City Council created the Historic Wintersburg Preservation Task Force.” Recently, many questions have been raised regarding the task force, primarily, why they had not held a meeting in more than a year and a half. I myself have posed the a number of times on social media but never received a clear or coherent reason as to why the meetings had ceased. Many in the community are becoming divided over the proposed purpose of the task force, in effect, to “acquire” a piece of public property. Some see the project as an unfair, calculated land grab vs. a legitimate historic preservation project. Urashima herself has raised the ire of some in the community by blocking many community members from being able to engage on the Historic Wintersburg Facebook page, creating an impression at least that the project lacks openness and transparency.

In a letter obtained through the city, former Huntington Beach councilman Devin Dwyer wrote the current council a blistering letter outlining with a variety of concerns regarding the task force in general and Urashima specifically, whom he accuses of playing the race card.  Some excerpts from his letter:

” I was on Council when Mary Urashima first brought to our meeting her idea to save the Wintersburg Buildings. She spoke of the history of the building at what she felt it represented. To no shock to anyone I was not supportive of the idea since she was not the owner of the property nor did she represent the current property owner. I think you all know I am a champion of individual property rights. What was shocking was after the meeting Mrs. Urashima came up to me and told me that my not supporting this project could be seen as being a racist.”

“Mrs. Urashima worked out a deal with Rainbow to withhold doing anything with the property for a period of 2 years. In that time she promised that she would fundraise to have the buildings moved to another site. She also promised that she would have this done at no cost to the City. Not only did she not come through with her promise to move the buildings but she conspired on the side to have the State declare it a Historical Monument without the Property Owners knowledge.

I see this as an ethical breach of the deal she made with Rainbow and her intent as vocalized at the City Council Meeting. Couple this with the fact that the Original Japanese family that sold the property for fare value has not publicly come forward and explained why now? Why has their feeling changed after they were paid millions to sell the property? Why have they not used some of the money that they were paid to help save the building? Why did they allow the building to fall in such disrepair if it meant so much?

In the mean time you have an Owner that has continued to pay property tax on an asset that they have not been able to use. They paid a large amount of money and have seen no return just expenses. Their company name has been disparaged instead of receiving accolades for putting up with this trampling of their right to own property and do with it what is permitted by our City Code.

It’s time! It’s time to disband any City sponsored help in keeping this property owner from doing what he/she has the legal right to do. It’s time to publicly state that the City was wrong in allowing this fiasco to continue as long as it has. It’s time to dissolve any relationship the City has with Mary Urashima and her unethical leveraging of anyone brave enough to disagree with her.”

And then several days later, all traces of the task force disappeared from the city web site. A source at city hall that requested anonymity told me, “The task force is no more. there may or may not be an official announcement but all mentions of it have been erased and it is not coming back. This should have happened a long time ago.”

Updates as they occur.