In an April 20 Facebook post, Huntington Beach left wing activist Victor Valladares posted a message regarding how his “allies” alerted him of a “not so secret” meeting (whatever that means) between Ocean View School District Trustee Norm Westwell and Joshua Recalde-Martinez (a local conservative college student whom I wrote about for the Huffington Post after a professor of his went on a bizarre anti-Donald Trump rant that made national headlines).

The message began, “I am all for having open dialogue with individuals to help better our community/city but when folks have other motives, I draw the line.” It’s unclear what “motives” he is referring to, or what standards he uses to determine such things, nevertheless, Valladeres went on to publish private communications with Recalde-Martinez and seemed upset that his close confidante, OVSD Trustee President Gina Clayton Tarvin, had been the subject of the conversation, which had been eavesdropped on. As you can see- she is even tagged in the post by him: 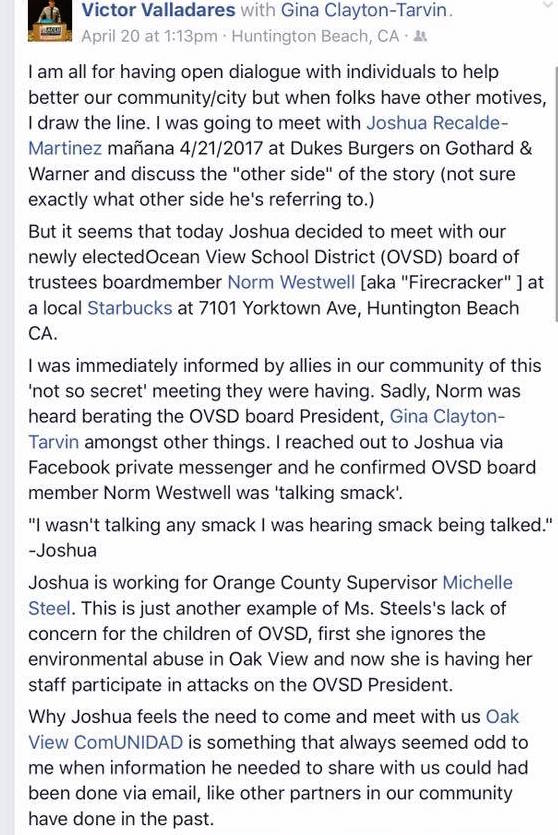 Strange that he would take issue with Tarvin being criticized- Tarvin herself has no problem lambasting Westwell on public Facebook Forums: 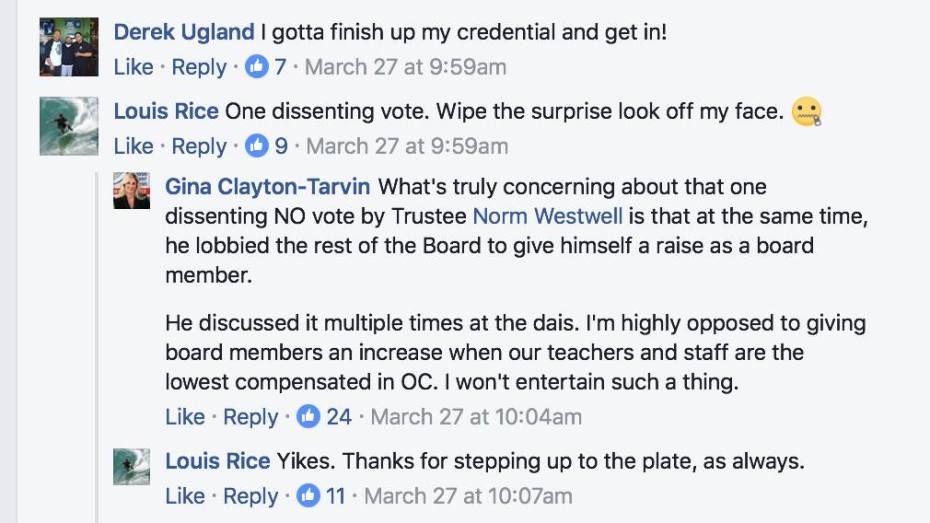 Several days later, at the April 25 OVSD board meeting, Valladeres spoke about this “monitoring” Westwell, referring to him as a “cockroach” and stating “We have eyes everywhere…” The strange, rambling diatribe struck many in the audience as very strange and at least a little bit threatening:

The relationship between Tavin and Oak View Comunidad, whose increasingly threatening behavior and tactics in Huntington Beach have become a concern for citizens and city officials alike, is well documented: 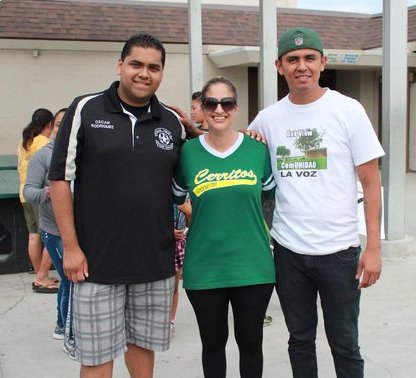 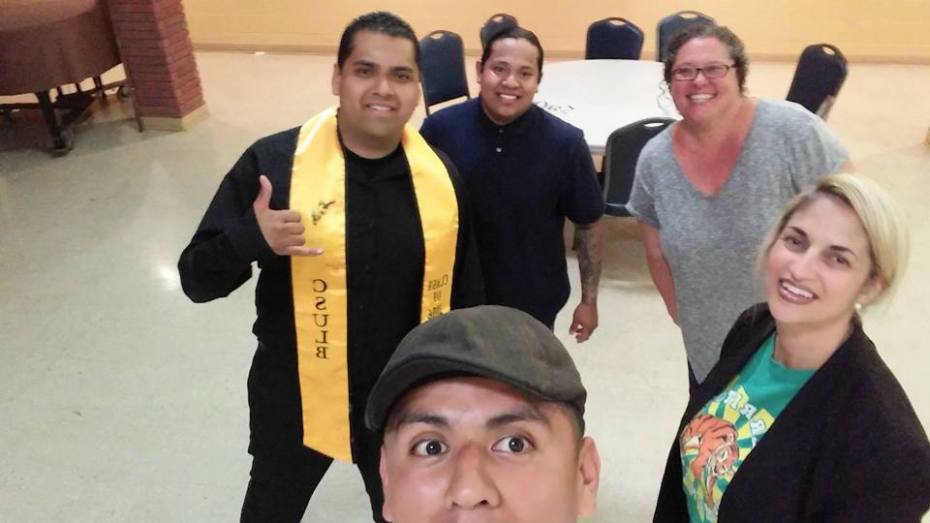 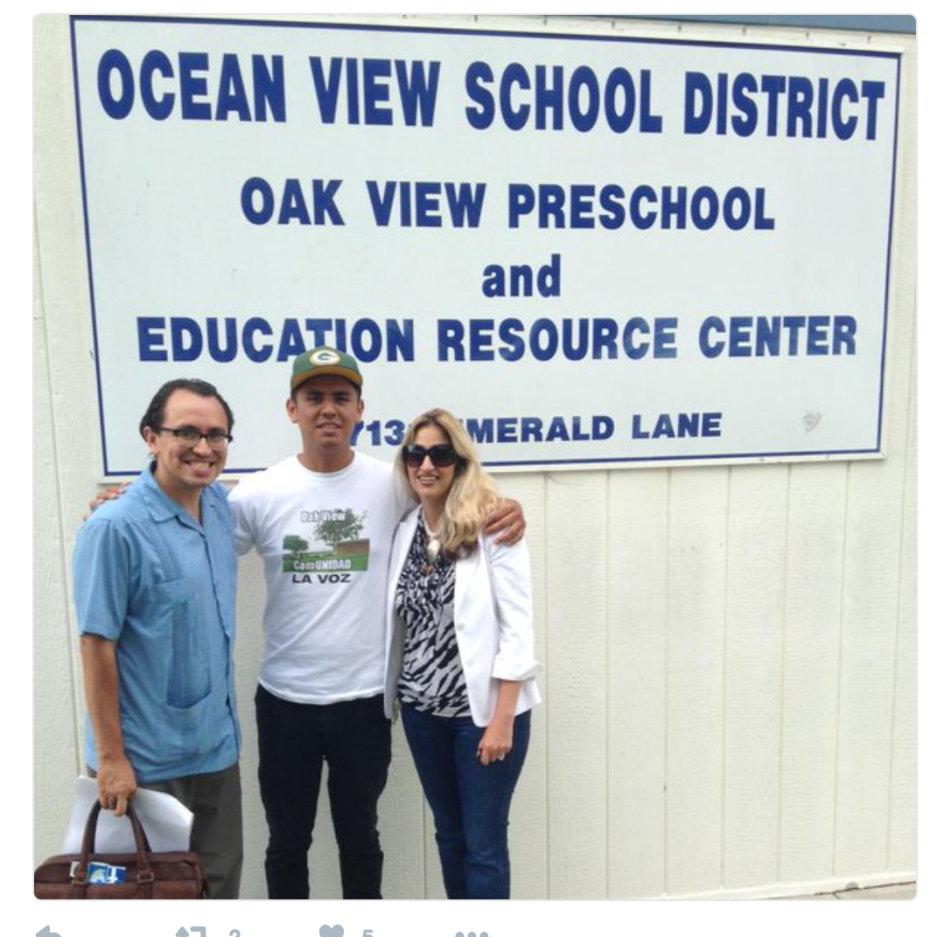 The question for the district now is, is Tarvin involved with monitoring/stalking/harassment of private citizens and other school board trustees. Why is she tagged in that post? Just how close is she working with Oak View Comunidad?

Parents in the district and citizens alike have a right to know.