Posted on November 3, 2016 by christianepting 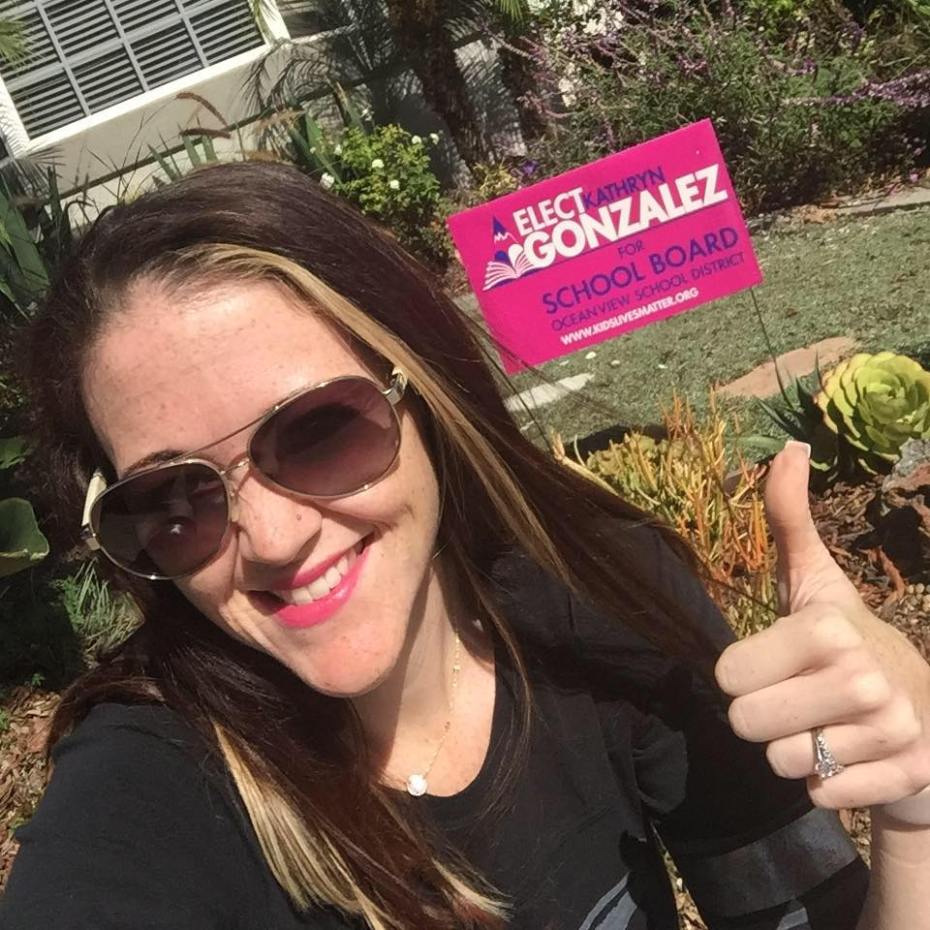 Kathryn Gonzalez, running for Ocean View School District school board, recently had a California Fair Political Practices Commission (FPPC) complaint filed against her by former HB planning commissioner and failed 2014 city council candidate, Mark Bixby, for an alleged income reporting violation. Bixby, a self-appointed watchdog (and staunch supporter of OVSD incumbent board president Gina Clayton Tarvin) goes by the Facebook handle, “The Sentinel,” which he describes in part  as, “All of the things going on in local government in Huntington Beach, California that you didn’t know about but probably should be paying attention to.”

(photo of Bixby that appeared on “orangejuiceblog)

Today, Ms. Gonzalez was completely exonerated of the Bixby charge (see letter below).

Reached for comment, Ms. Gonzalez was both relieved and also curious about Bixby’s motivations.

She told Surf City Chronicles, “First I want to thank the FPPC and ROV for assisting me all the way through this process as a first time candidate.  I am very happy to announce I am in compliance with the FPPC and totally cleared of Mr. Bixby’s accusations.  The facts are that I personally answered all of Mr. Bixby’s questions relating to this, and yet he still filed.  One has to wonder what his true motivations are when he selects one candidate and not all? This comes as no surprise to me that I would be cleared of the accusations made by Mr. Bixby.  The truth is that Mr. Bixby has a past practice of doing this to select candidates.  One has to wonder why he would sign a document under penalty of perjury and he would continue to pursue a complaint knowing the facts which is a complete waste of tax payer money.”

As of this writing Mr. Bixby has yet to update his Sentinel Facebook page with a copy of the letter or any other update information.

We recently wrote here about another FPPC investigation involving the OVSD, charged against current trustee president and candidate Gina Clayton Tarvin. According to information provided by the citizen that filed the complaint, FPPC  is investigating an allegation that Ocean View School District Trustee Gina Clayton-Tarvin accepted campaign contributions and reimbursements from the Ocean View Teachers Association.  The complaint alleges a violation in campaign finance laws including failure to report expenditures and contributions. That investigation, according to the person filed, remains wide open, despite this a claim during a recent Facebook Q/A where Tarvin stated that there “is no violation.”

The complainant reached out to the FPPC for clarification and was told that the investigation remains ongoing, thus seeming to contradict Tarvin’s statement.

Updates as they occur.