Fit To Serve? A Planning Commissioner’s Most Outrageous Post Yet 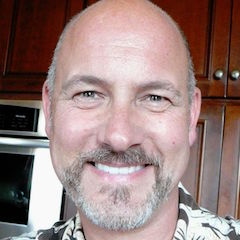 Earlier this week I posted a story regarding a citizen’s complaint again planning commissioner Michael Hoskinson. The citizen, Kim Kramer, was called a “messianic jihadist” (whatever that is) by Hoskinson at a recent meeting, from the dais. Kramer’s comments outlined a pattern of ethics code offenses by Hoskinson. Additionally, in the same spirit of intolerant extremism, Hoskinson’s Facebook and Twitter feeds are clogged with hundreds of posts regarding “Agenda 21,” and a host of other intense, far right wing, governmental/political concerns, real or imagined.

As I wrote in my earlier piece, he is certainly entitled to his rights to expression. But everyone else is too, and so I’m voicing that I find his behavior, both from the dais and in his social media posts, to be highly inappropriate and offensive.

But then there is this.

The most extreme case in point, in my opinion, was this public post of his on Facebook from November 16, 20015.  The link that he shared was no less than a call to literally KILL EVERY MUSLIM. It is chilling. And it is fanatical.

This is the introduction, with several excerpts following: 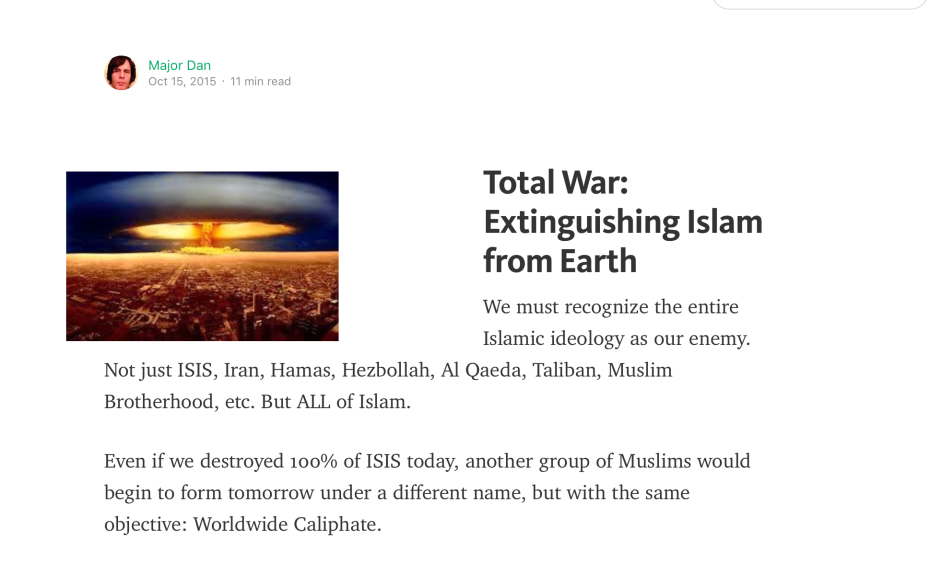 Where does one even begin? This is the single most hateful, intolerant, extremist manifesto I’ve ever read in my life. Shared by someone that occupies a very important slot in our city government.

Why is it ok to assume he stands by the post? Because he stated it himself. He’ll never share anything he does not support or believe in:

As to what he means by, that people are “not going to like the outcome” if they merely try holding him accountable for his own words, I’m not sure. But it certainly sounds unsettling; even threatening.

Was this person vetted at all?

If you’d like to email councilman Erik Peterson (who appointed Hoskinson) to express your concern over this appointee you may reach him here: erik.peterson@surfcity-hb.org. (I’ve already spoken with Mr. Peterson, a friend of mine, a number of times about Mr. Hoskinson’s behavior). Some, including Hoskinson himself, have suggested that I’m in some way trying to curb his freedom of speech. That is absurd. He is allowed to share and express whatever he likes. My point is, what about the bias his views create as a planning commissioner? What if a Muslim (or any other group he regularly insults) appears before the planning commission? How would that person ever feel they are getting an unbiased judgement from Hoskinson knowing he’s shared an article advocating their death? As a planning commissioner, I think he has compromised his ability to uphold the ethics standard he agreed to adhere to.

Mr. Hoskinson, in the face of my earlier article, was defiant, unapologetic and in my view, quite arrogant. I don’t expect much from him on this issue either. But I do think our elected officials need to do something about this. There is no way someone that shares this kind of hate speech, in my opinion, should be officially representing Huntington Beach in any capacity. It’s not just about the causes that officials fight for. It’s also how they comport and conduct themselves. They represent the city and, in turn , all of us.

2 thoughts on “Fit To Serve? A Planning Commissioner’s Most Outrageous Post Yet”