One Year Ago – Dedicating The Robin Samsoe Marker

Posted on October 16, 2015 by christianepting

Was it really a year ago that we all gathered by the pier to unveil the marker to Robin Samsoe? since then, her brother Robert, whom I first reached out to to present the idea of creating a marker, has passed away. It is surreal that he is no longer here. I think of he, and Robin, whenever I visit the marker.

I wrote this last year about that remarkable day. Next time you’re by the head to the pier, perhaps stop for a moment to pay respects, to think about the Samsoe family, and all families that have had to endure such catastrophic loss.

Here is the story of that day…

We all met Sunday morning at about 8 o’clock on the front lawn at Dwyer Middle School, where a tree is planted in memory of Robin Samsoe.

Robin’s mom, Marianne, brothers Tim and Robert, older sister Taranne and an assortment of nieces and friends wanted to spend some time together in the hour before a ceremony at the pier would unveil a marker in honor of Robin, who was slain 35 years ago at age 12. My son and I joined them.

The large and knotty pine, paid for by Dwyer students, has thrived in the decades since it was planted. The family remembers the day well, and they dug deep into their well of memories of Robin as we sat there. They remembered riding bikes, heading to the beach and going to the movies. Robert pointed to a house across the street where he and Robin slept over occasionally when visiting a friend. 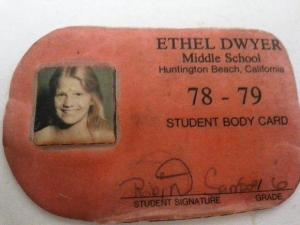 Taranne, who flew in from Wisconsin, brought a faded family photo taken at this exact site long ago, and it’s hard not to think about what they’ve all been through since that image was snapped. But for once, the three trials and endless media fascination with the monster who ripped Robin and all innocence from their lives seemed to fade into the background. The morning was gorgeous, all blue sky and yellow sun.

And we were there to celebrate, not mourn.

Heading toward the pier

After spending about 90 minutes at the school, we made our way to the pier, where a large group had amassed for the ceremony. Many in attendance wore pink, Robin’s favorite color. There were several broadcast news trucks, along with hundreds of people, including many important players from the tragedy that brought us all together.

Present were old friends of Robin’s, reporters who had covered the story since the beginning, and many of the police detectives, including the man who arrested the monster. I spoke with a childhood pal of Robin’s, Samantha Martin, who recounted how Robin once stepped in when a bully threatened her.

There were other family members and friends whom many of us had invited, as well as passersby who, intrigued by the presence of TV cameras and so many people, became part of the wonderful celebration.

A city comes together

The family asked if I would act as a sort of emcee for the event, and it was a pleasure to be able to introduce Mayor Matthew Harper, Police Chief Rob Handy and Councilman Dave Sullivan, who took the lead on this project after I wrote about why I felt we needed a memorial for Robin.

Other City Council members attended, along with staffers from Community Services and Public Works, whom I cannot commend enough.

As we listened to the speeches of Robin’s siblings, along with one of her nieces and her mother, Robin’s memory came to life. Many tears were shed by all of us. But as Marianne noted, the day was about tears of joy. For the first time since the tragedy occurred, there was finally a moment to be hopeful, she said. 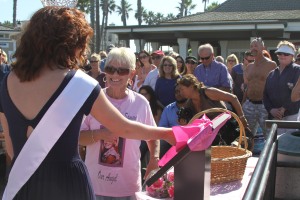 I have attended many events in the city in the 15 years that I have lived here. But I’ve never felt anything like I did on this glorious morning. Maybe it’s because the marker was placed near the head of the pier, a place where Robin often would visit. I was shown a picture of her, and she was standing right where we were.

Or maybe it was because this brought together so many strangers united in the simple but powerful idea of honoring one little girl who changed so many lives.

When we were about a block from the pier, Marianne saw the crowd ahead. “I can’t believe they’re all here for my little angel,” she said. “What happened to my Robin created a lot of light into areas that needed it. It made people take notice and it made people become more aware.”

Which is why a permanent light built into the marker will glow every minute of every day. It’s a simple reminder that good things can come from tragedy and that victims and their families should never be forgotten.

It’s also a reminder that hope burns eternal, as do precious memories.

As I stood there at the end of the ceremony, looking at the marker and gazing at the ocean, I couldn’t help but think about other young people in this community who were taken too soon. I thought about Danny Oates, Kelly Moorehouse, Christopher Hernandez, Jimmy Sullivan, Dane Williams. There are others, and no doubt there will be more.

I like to believe that the simple little light in the new memorial is strong enough to burn for all of them, to represent their lives and to remind us that as a community we owe it to these families to let them know we are here for them.

The spirit of this city and the quality and character of its residents were on sparkling display. I have never been prouder of my home. 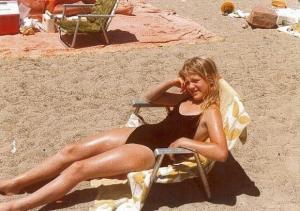