Posted on October 5, 2017 by christianepting 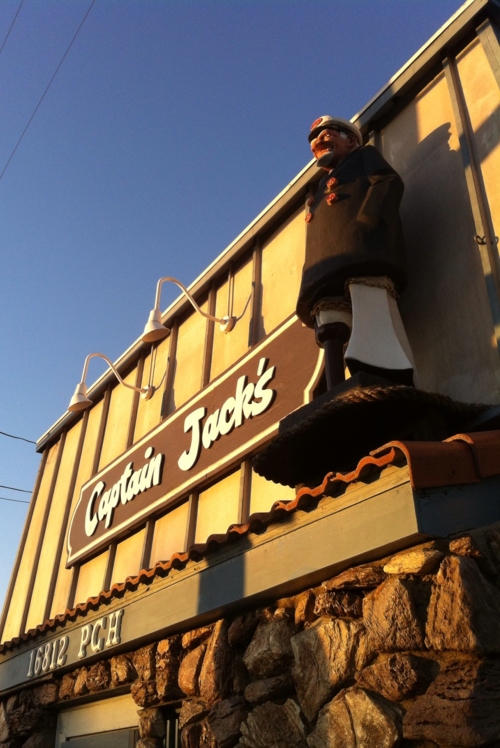 Captain Jack’s in Sunset Beach is one of our most venerable local establishments, renowned for their King Crab legs.

But we won’t be going there anymore.

This week, I received a private Facebook message from someone I’ve never met (I’ve removed the person’s name). The “blue” are my responses. (Below her name on top of the message, her place of employment was identified).

She was referring to a photo that was posted over the weekend of myself and local congressman Dana Rohrabacher, whom I became friendly with years ago when my late mom worked as a volunteer for him.

Dana and I had been enjoying the air show. Her message to me identified her as a server at Captain Jack’s restaurant. Then, before engaging anymore, I noticed she was part of the Facebook group Indivisible OC 48 – who were formed to attack the congressman just after last year’s presidential election. I’ve written about them before – in particular when they marched on the congressman’s property (scaring his kids) and when they put an elderly woman, one of his staffers, in the hospital when they were creating chaos in his office hallways. This screenshot is from the night they stormed his property.

I, along with many others, have been shocked at the threats and anger that the group has embraced in the last few months. The controversial, race-obsessed activist from Garden Grove, Indivisible OC 48 member Monica Curca, actually seemed to suggest taunting, stalking and harassing him. Oh, and need a gay slur? Indivisible OC 48 seems happy to oblige:

Then I saw what the person writing me was responding to – the photo of Dana and I, altered to insult us in the typically childish, hateful tone that has come to define the group this group of fanatics: 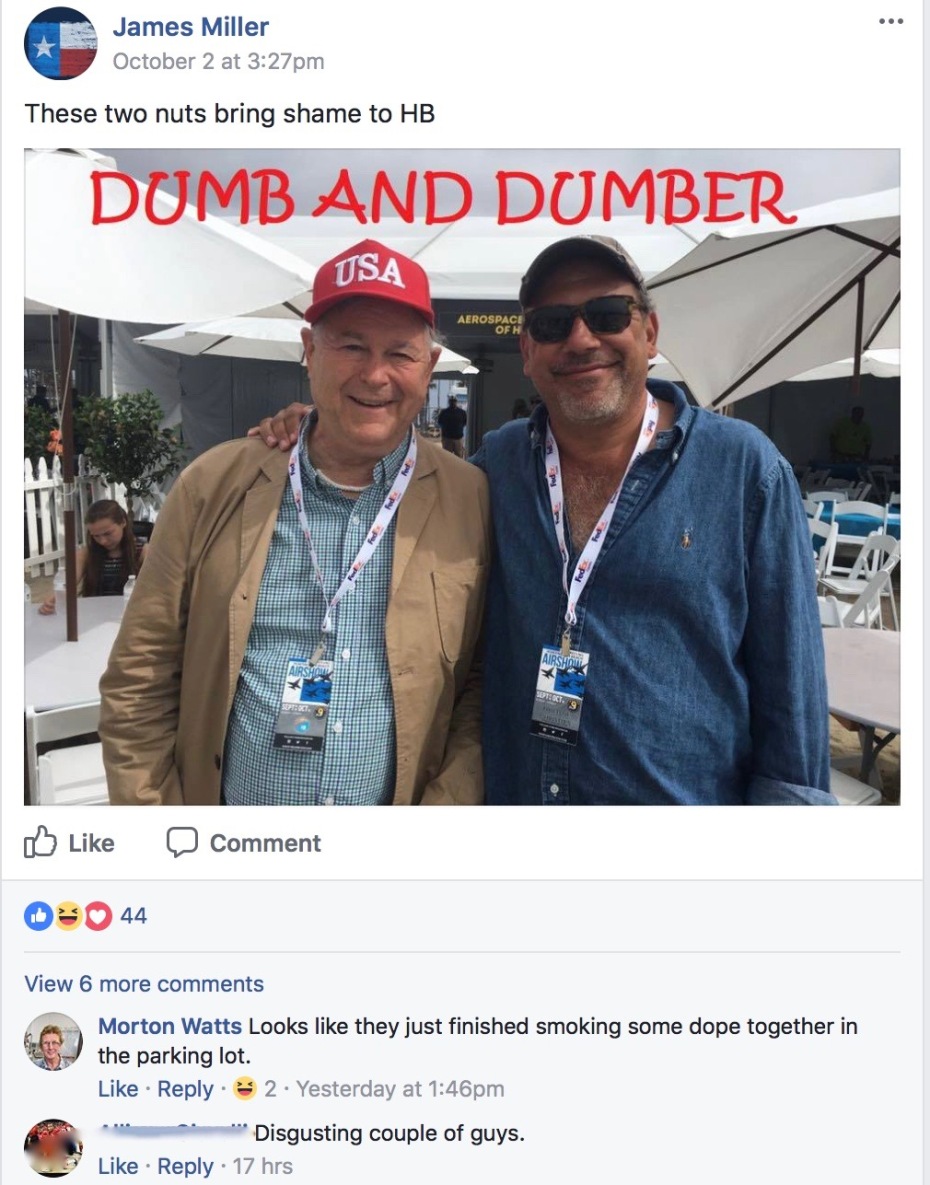 And there was the Captain Jack’s server, calling us a “A disgusting couple of guys.” Fine, whatever. But I don’t even know this person.

Still, it made me wonder about something. So I engaged her again, with a question. The answer is why I will no longer spend my money at Captain Jack’s.

She called for back up, because she didn’t want to serve him, presumably over his political beliefs. That is discrimination, plain and simple.

It bothered me enough that I called the manager of the restaurant and explained my concerns, and that I was cancelling all future plans to dine there. I also wondered, given how clearly maniacal some of these anti-Dana activists are, if his food was even safe that night. The manager was professional, extremely concerned and agreed strongly with every single point I made. He apologized profusely and I thanked him for his time.

Not ten or so minutes later I received an apology from the server. This is the rest of our conversation: 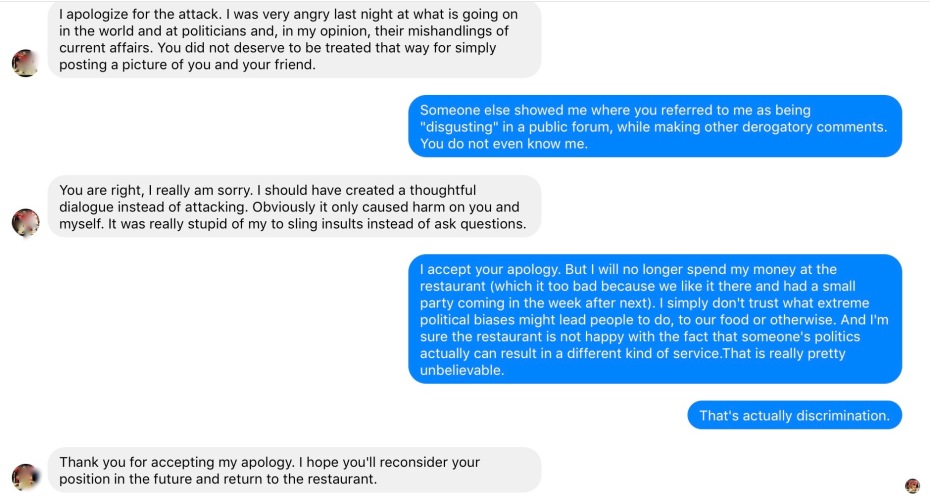 I do appreciate that she reached out as she did. However, had I not complained, I’m fairly sure it never would have happened on its own. And the congressman, in my opinion, absolutely was discriminated against when he dined there. For that reason, I will not return. I don’t care what side of the political aisle someone is on. I would not patronize any establishment where this took place – where someone’s beliefs caused them to be punished.

Also, I do not trust the motives and tactics of Indivisible OC 48, which seems to grow angrier and more volatile each day. When people, in this case me, are attacked by total strangers for simply posting a photo with a friend, something is wrong. But when the behavior crosses over into the real world and actually affects job performance, something is, in my opinion, crazy.